Polarizing filters are used routinely in landscape photography. There are many examples of how much they can contribute to a scene, by removing reflections, intensifying colors, and darkening skies.
Light coming from the sun is vibrating in multiple directions. The filter basically blocks light in one direction, allowing parallel beams of light to get through in the other direction. This is called "polarization by transmission," and is described further here: http://www.physicsclassroom.com/class/light/u12l1e.cfm
To complicate matters, light is actually polarized by reflecting off water, and the interaction of the two kinds of polarization can be interesting. By rotating the circular polarizing filter, one can see the different effects of the light altering characteristics of the filter in any given direction. Some of the most dramatic variations can be seen by rotating the filter while pointing the camera at a rainbow. It can become much more intense or almost invisible. Here, we're again dealing with light polarized by more than one factor.

Sometimes, the polarizing effects can negate some of the benefit of the scene.
Example: After a long hot hike to a mountain lake, facing about 90  degrees from the sun, I might assume that a polarized photo is the one I want, particularly if I'm wearing my own polarizing filters in the form of sunglasses when I make that decision.
One problem with that thought is that it is usually wise to consider all options when making a landscape composition. The view isn't likely to fly away after all.
Here's the photo without a polarizing filter: 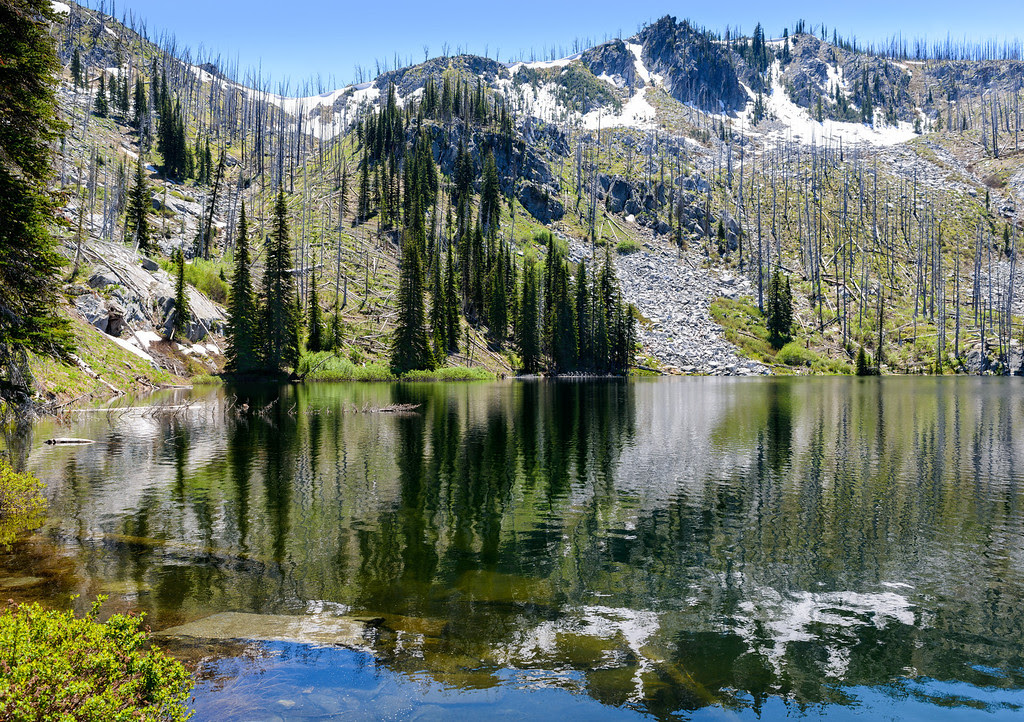 and with the filter: 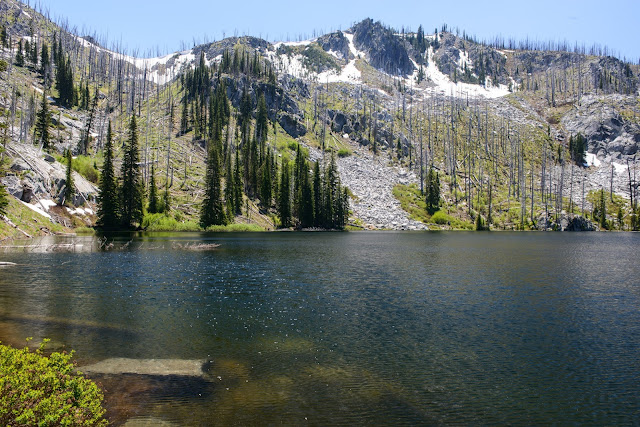 The critical difference here is the lack of reflections of the partially snow-covered mountains and the trees in the water, making a photo that has much less impact. Same location, camera and lens.
Posted by Sarah at 10:14 AM