Much has been written already, and I’m not sure I can add greatly to points previously made about certain approaches to wildlife. Unbelievably dramatic photos of action are so striking, it’s certainly hard to argue against impact. There are good points on both sides of the argument for using captive animals as subjects, and in between the whole captive vs wild discussion, and then there’s the baiting issue. It’s much easier to get exactly what you want when you arrange for the raptor to come to you.
My perspective on these matters may change with time, but so far, the more I contemplate the options, the more I look at what gives me personal satisfaction and meaning as I photograph. For me, even if all the other issues were equal, I believe I would still find more delight in being out there in the moment with the wildlife and just being privileged to witness what they will show me of their world. I am not naïve enough to believe that I can be there and have no effect on the animal I’m watching, but I do think there are ways to observe relatively unobtrusively, and in that observation, I get the spontaneity of not directing my “model,” but of being allowed to see what I have never seen and couldn’t precisely have predicted.
For me, the experience is maybe more valuable than the product. I love the product, but I really love the experience. Great work is done in all sorts of studios, but my best pleasure comes from being in as close to the natural environment as possible, even if that means hours and days and weeks and months of less than I’d hoped in terms of the finished photos. This is a choice of style of work, and it seems to fit my style. It’s not the best choice for everybody, and just maybe, it won’t always be the best choice for me, but it is for now.

Here's a bird who flew by as I was observing other snowy owls in their winter location in Ocean Shores, Washington: 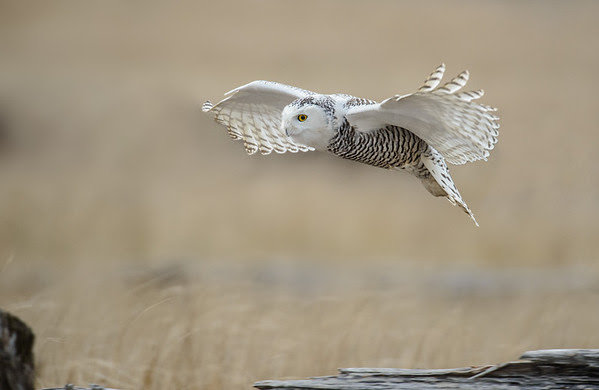 Here's a scene that I had visualized for months before I actually captured it with my camera. It took multiple trips and hours of waiting, but I learned so much about osprey behavior by waiting for those moments: 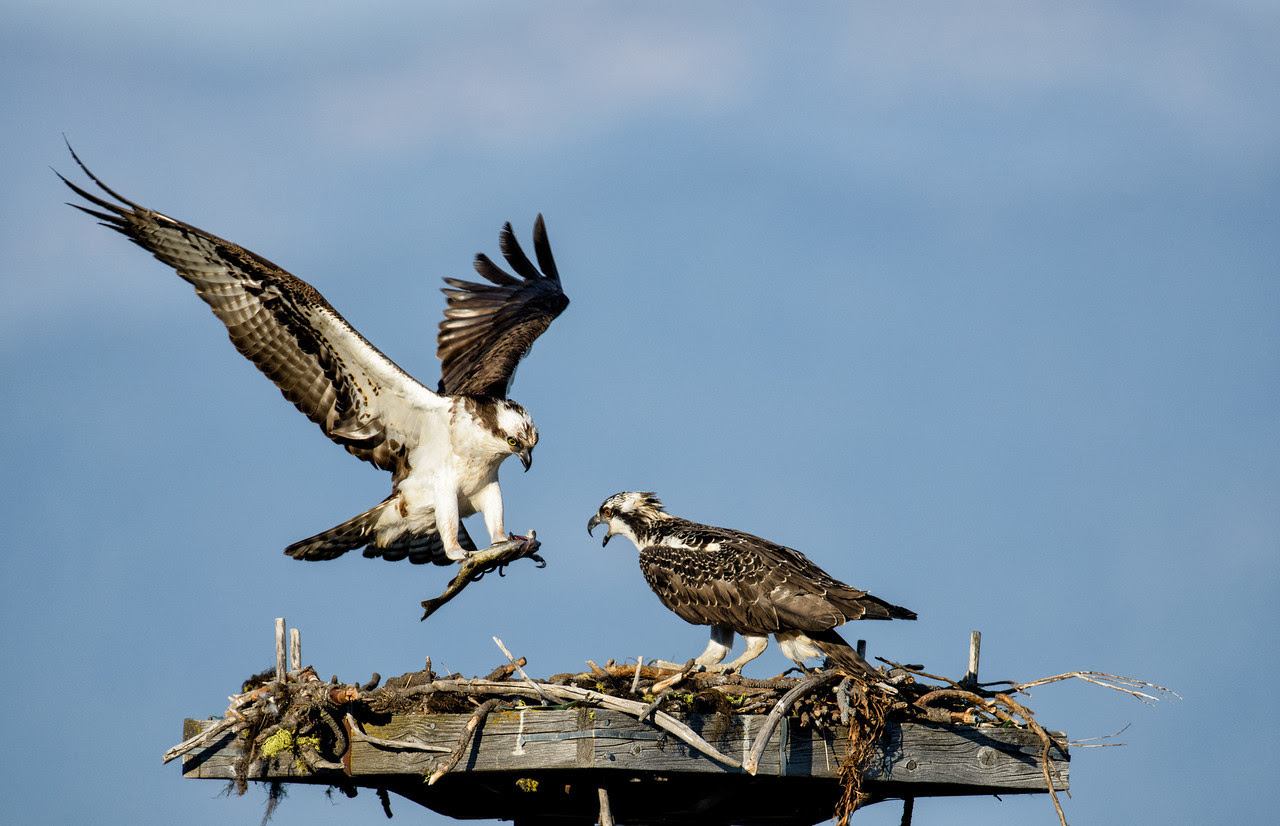 I watched the bird on the right from days after hatching to seeing it fight with it's nest mates over food and space. Minutes before this photo was made, it had tumbled out of the nest in a struggle with a seemingly stronger sibling, only to recover and get back at the moment dinner arrived.

In each case, I was allowed to observe the birds in as close to their natural habitat as possible. Coming to a better understanding of their behavior, to me, is more fun than setting up the exact shot I want.
Posted by Sarah at 3:40 PM No comments: